So we finally got our new computer!! Woohoo!! Thank you stimulus check!! So I can actually upload new pictures now and do other things my old computer just couldn't seem to handle. Hooray! So here are a few recent pictures of our goings on.

A couple weeks ago, my sister-in-law bought us some donuts. The kids thought they were great of course, but I got the biggest kick out of watching Beth eat them. She just liked to eat the top off. That's where the frosting was, and I shouldn't have been surprised, that's how she eats cake and cupcakes and anything like that with frosting, but it was just so darn funny, here was the progression: 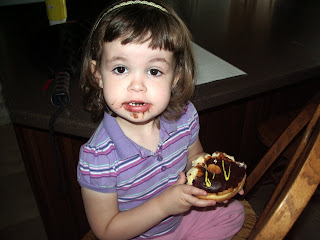 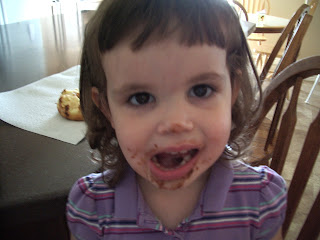 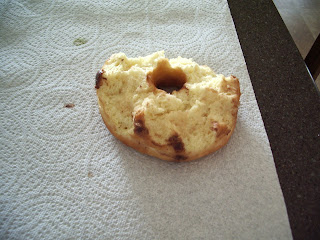 James has been so sweet lately. He loves to give hugs and kisses. He's also found a new love for animals. Any stuffed animal or toy animal he find gets a big hug and kiss and he loves to play with them and is trying to learn his animal sounds. Though as the moment most animals are doggies and he is mostly good at barking. He has been known to moo and quack on occasion too though... 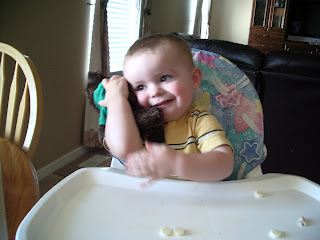 James has also become a climber, which you have probably gathered from all of his death defying stunts, but here is a visual example. 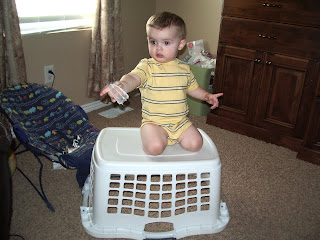 your kids are CUTE! isaac still eats his donuts like that, and he's FOUR!

Diane, I love the pictures...Both Beth and James are just made to have their pictures taken. Thank you for doing this. I miss seeing all of you more often. Keep doing it! Much love, mom