Here are the hair pictures I promised. 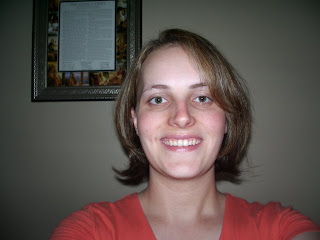 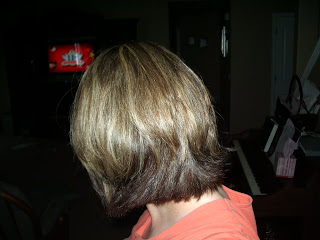 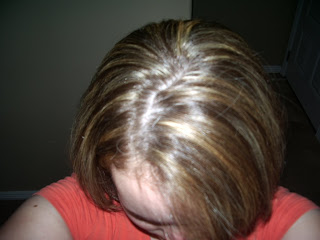 What do you think? This is my first shot at styling the new hair. Its not quite the same as how the stylist did it, but its cute I think. Its going to take some practice! I'm going to try it curly too, but its SO short curly I just can't figure it out yet. :)

It's a couple days later and I've gotten used to my hair now, and I really like it! Its so different and its just what I needed. Here's a picture of it curly, its not my best curly day today, but its the first time I remember to take a picture, so its what you get, I still think it looks pretty good though. 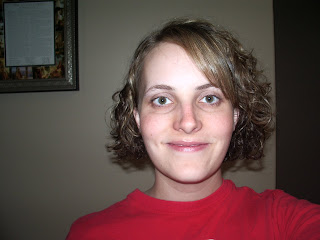 Oh my heck it's cute! When you said it was soo soo short I pictured a total bob - but that looks great and not too short at all. Good job styling too!

That looks so good! I love it. I'm excited to see it curly. Are you ready for tomorrow?

Wow. I really like it. I don't usually like it when people cut their hair, but you look really good.

I really like it, you look smokin'! how was the triathlon?