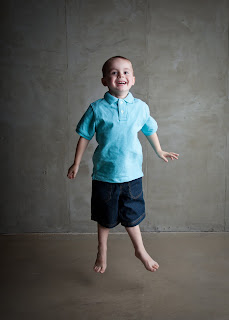 James is my boy. I'm so blessed that I get to be a mom of a boy. Its so different to being a mom of girls.

He's so full of energy, and creativity and mischievousness!
When he has a favorite thing, whether its a toy, or color, or food or whatever, he knows it and he cannot be swayed!
He would live on cold cereal and milk for every meal and snack if I'd let him.
He jumps when he's excited. And he's excited a lot. He must have the strongest calf muscles around.
He's a bit of a fraidy cat. Though he's improving. He's afraid of animals, heights, and swings to name a few. But, like I said, he is improving, he's nothing like he used to be in that regard.
He knows exactly how to push his sister's buttons!
He was the worst potty trainer in history. But he's finally trained. Knock on wood.
He is quite convinced that all sorts of interesting things happened to him when he was 2. Apparently I don't remember all these crazy things.
-For instance, when he was 2 he: got shot in the foot, was an astronaut, rode in a Viper...
I hope he gets a job someday that uses all his creativity. The stuff he comes up with astounds me.
He is all boy, all the time!
Although, he doesn't particularly like to be dirty. That's a little odd for a boy.
He is STUBBORN!
He's a contrarian. He cannot agree with anything anyone says. Which is why he thinks he's a Ute fan. Come on now! (Although his favorite song to sing at bedtime remains the Cougar Fight Song! I have not lost that battle.)
He still loves his mommy, and I really hope it stays that way for a long long long time!

I'm so lucky to have him! Love you James! 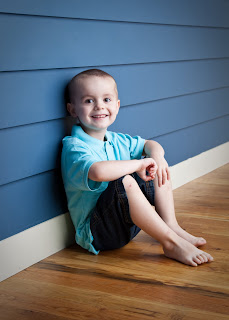 my daughters love to get messy but my AJ HATES it. He is a fraidy cat about a lot of things too. Maybe its a boy thing:)